Yesterday afternoon was an extremely slothful day.  I wore sweatpants that could easily fit another person, giant socks and one of Ben’s shirt. All with a pashmina of course, because after all…I’m still a lady.

I felt so tired that I couldn’t read, write…but I also couldn’t nap.  Which is my curse in life…my inability to nap–I wonder if this is how a Vampire feels about never getting to die. 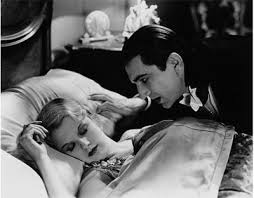 Ben is happily immersed on the old X-Box, so I curl up on the air mattress with Sex and the City: The Movie. And I’m sorry for the SATC haters out there…yes it’s just horrible, sexist, materialistic, ridiculous…yes, the movies (namely the sequel, which was a bit of a misfire and was vaguely racist) diminished the street-cred of the SATC franchise, but I’ll still tear up when Miranda and Steve reunite on the Brooklyn Bridge. Furthermore, when you feel like all your energy has been usurped from your being…there is no better way to spend two hours and fifteen minutes.

After the film, I ran a hot bath, lit a few candles, and soaked in the dim bathroom with a stack of People magazines that my mother had saved for me.  I selected the Most Beautiful Woman issue…which was…thank you, not me but Gwyneth Paltrow.

She’s such a fabulous dickhead.  You hate her only because you’re not her.  I wouldn’t mind the legs and the bank account, and passport stamps.  Also to call Beyonce a dear friend, and claim Brad Pitt as an old flame, you know she’s got some good stories.

She talked about a day in her fabulous life…and how she ends each day with a bath.  Oh goodness me, I’m just like Gwinney.  I soak in the tub, my knees jutting up like two flesh colored icebergs among dated seventies tiles, with four tea light candles and the faint sounds of Randy Bachman‘s Vinyl Tap, a Sunday radio program that ran with different themes each week. This week’s program was disco-one-hit-wonders. You know, those songs with those complex lyrics.

I have a real soft spot for disco, the haters can try to bulldoze disco records in rock radio station parking lots all they want, but it’s fun in a cheesy gold lame kind of way.

I mean, nobody ever died from listening to disco.

Though..I think it’s safe to say that someone may have died when listening to it. There’s a difference.

Maybe that’s the band “A Taste of Honey” meant in their seminal track “Boogie Oogie Oogie“, that when you can’t boogie oogie no more, it means that you die…or pass out, or sit down cause you’re tired from all the strenuous dancing in platform shoes.

I finished the Paltrow article, got out of the tub and returned to my giant sweatpants.  Though I had spent the whole day relaxing, taking care of myself, I couldn’t shake the exhaustion.  Another classic, “Car Wash” by Rose Royce starts.  It makes me think of this funk compilation album my best friend had when we were growing up.  I am very familiar with “Car Wash”.

In a split second, I went from perfectly exhausted, to feeling as though I was in a bit of a danger zone. I exhale and inhale deeply.  I say aloud to my husband that I am feeling unwell just as he brings dinner to the living room.  I stand up, as if to go for the patio door, suddenly overheated and in need of cold fresh air.  I wrench the pashmina from my throat, and promptly collapse into a puddle on the air mattress.  Thinking I’m to be sick to my stomach, I use what remains of my energy, and get to the bathroom. I catch a quick glimpse of my green face before I slide down to the floor, using a towel as a pillow and panting like a nauseous dog. Ben has followed me to the bathroom, and his voice is nervous.  He suggests going to the hospital.  But I just lay there, panting and feeling like the bathroom floor is the only place I am capable of being.  I loathe the hospital, and the wait.  But he’s starting to sound scared, and that’s starting to scare me.  My eyes are closed and my head is against his knee.  I felt myself actually fading, Ben nudging me and trying to capture my attention.  And all I can muster in my mind is the thought “Please God, don’t let me die during “Car Wash“.    A fever broke, and like a storm it passed as quickly as it came.  Ben helped me up, I changed my clothes, and quietly ate dinner, falling asleep at 830 and not waking up until 700 this morning.  It was terribly frightening, not to feel unwell, but to hear that palpable fear in your partner’s voice, that makes you think that it’s far worse that you imagine.

Surely nothing bad ever happens during “Car Wash”, surely when the good Lord decides to bring me home, he will do so when I’m 102, and listening to “Free Bird” by Lynyrd Skynyrd, or “Turn Me Loose” by Loverboy. Health scare and dizzy spell aside, I’m feeling much better. I’ve still got plenty of boogie oogie left in me, don’t you worry about me.