Okay–full disclosure. In order to properly wrap my head around “The Great Gatsby”, I saw it for the second time.  And I’m glad I did–the previous time was overwhelming.  The 3D, the late night showing, the two lime margarita on the rocks I had with dinner…there was a rather rich and heavy stew of factors that kept me from properly absorbing the picture.  Seeing it in the daylight, mostly sober was a far better situation for a critical assessment.

There is a whole heap of unpleasant commentary about this film; (okay babies, if you haven’t seen it yet, be wary of spoilers).  The story within a story is gathering some heat; that Nick Carraway (Tobey Maguire) is in some jazz-age rehab facility, coming to terms with his boozy summer where he was disillusioned by all he witnessed.  I didn’t hate that.  I didn’t hate most of the elements that the critics are lamenting.  The movie is decadent, emotional, beautiful; and when I sat in the cinema, I was absorbed into the story, and I thought of nothing else.  And that’s bliss.

What I keep thinking about is Gatsby and Daisy.  In Fitzgerald’s text, it briefly mentions that their original love affair lasted about a month.  Gatsby has been chasing this glittery tail for five long years.  He built his fortune up around his memory of Daisy.  Talk about a pre-Facebook era, Gatsby was throwing endless, wild parties in hopes that she would just show up one night, and what? Just casually roll up and be like…”Oh you go here? I go here too”.  I’m of two minds about Gatsby’s tactics–part of me is like, yeah I’d be into mysterious Gatsby/Leo DiCaprio (or hey, I’m flexible I would take the Robert Redford version as well) 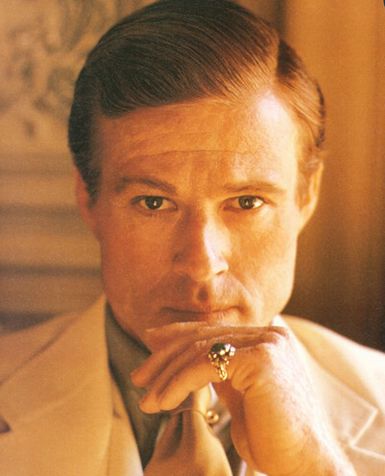 I’d be into any of those men yearning for my flashing green light on the other side of bay.  But then he pulls out the I- heart-Daisy scrapbook and it gets a little embarrassing.  But there is this unraveling that occurs the minute that Gatsby and Daisy reunite, there is a great divide between the idealized, and the actualized.  It’s one thing to remember loving someone, to imagine loving someone, but when you have to deal with the day to day logistics of that love–”where will we live? How will it work leaving my husband? And what about that beautiful little fool I gave birth to?  I’ve only met her once or twice, will she have to come as well?” Still, Daisy and Gatsby get their own afternoon delight happening, and everyone is pretending that none of this is going on.  Tensions and jealousies rise until all hell breaks loose in a Plaza hotel suite. Gatsby pushes Daisy to not only leave her husband, but to refute her having ever loved him.  She’s like–”maybe I loved him a little bit somewhere along the line–but I love you now, does that count?”

No Daisy, it does not count.

Did Daisy really love Gatsby? Or was he just about the most delicious way to spend a sweaty summer?  He really did adore her–whereas her philandering husband Tom Buchanan is a racist brute with a working class broad on the side. 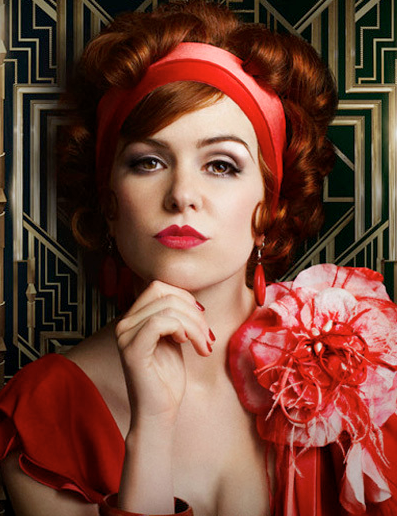 You’ve got to feel bad for poor old Myrtle Wilson, while everyone is guzzling champagne in white linen, she’s doing hard time in Ash City above a car garage.  Sure, Tom Buchanan puts her up in a nice apartment in the city; but then he’ll think nothing of cracking her right in the nose.  It’s hardly a fair trade-off.  And then she’s also trapped by her husband, a mechanic who is missing a few pieces from his tool box if you know what I mean.  But in a desperate moment,  she runs out into the street thinking she is running towards rescue, and instead meets her violent end, being pelted by a bright yellow roadster with some nervous and wasted flapper behind the wheel.

You know I’m just like Daisy in that I always find driving to be super relaxing after a hot summer afternoon spent quarreling over an endless amount of whiskey.  Here’s a tip: if you’ve been drinking heavily, been recently confronted by your husband and your lover, found choosing between them upsetting–by all means, you are not fit behind the wheel.  And nor should anyone hand the keys over if someone says that doing so will calm your ‘nerves’.  Be a man Gatsby, don’t be Daisy’s bitch, you’ve already lost a lot of ground with that scrapbook of yours.

And from Myrtle’s death, shit really spins out of control.  Mr Wilson, deranged with grief  is pushed over the edge by Tom, who takes the opportunity to pass the buck–”Sure it was Gatsby’s car–hey, I bet that’s even the guy she was boning” (Did they say ‘boning’ in the 1920′s? Oh well, they also didn’t have Jay-Z getting amongst it then either, so we are all taking liberties here).  Gatsby, waiting for Daisy’s call–one that would never come, goes for a dip in the pool.  Mr Wilson pops by the Gatsby estate to perform a quick murder-suicide.  And the brutal irony–Gatsby hadn’t used that god-damned pool once the whole summer and bam! Some Shakespearean misunderstanding takes him out before he even got a good breast stroke going on. 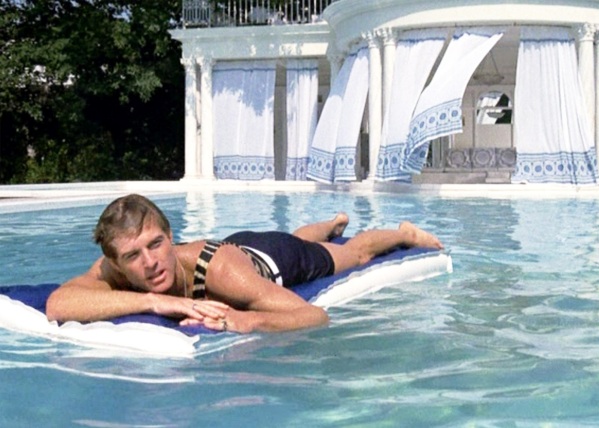 Daisy–who I think is a bit of a dick, dreamily caters to Gatsby’s desires–and then does absolutely nothing to mourn his death.  But then again, no one does besides dear old Nick.  And this always makes me feel a little sad.  The man who threw the best-ever parties would have the saddest little funeral ever.  (Although in the book, Gatsby’s dad shows up, marveling at all his son’s achievements, which is sadder than no one showing up at all).  While Daisy can’t be held responsible not living up to Gatsby’s lofty expectations, she could have provided the slightest gesture to honor him.  And not only that, she let him take responsibly for Myrtle’s death; lets the axe fall on a dead man.  Her silence is what makes her a dick.

But it must be a dark day in your marriage when both you and your husband’s extracurricular lovers die violently as a result of some strange tangled sexual web, and THAT’S when you stop and say “we really need to reevaluate our marriage”.   And only the impossibly rich could remedy that kind of damage with a denial and a long holiday.  (Oh yeah…we have a kid don’t we? Guess we can bring her along to).  But I wonder if Daisy was secretly relieved that Gatsby was murdered;   like she dodged a bullet because he took one. 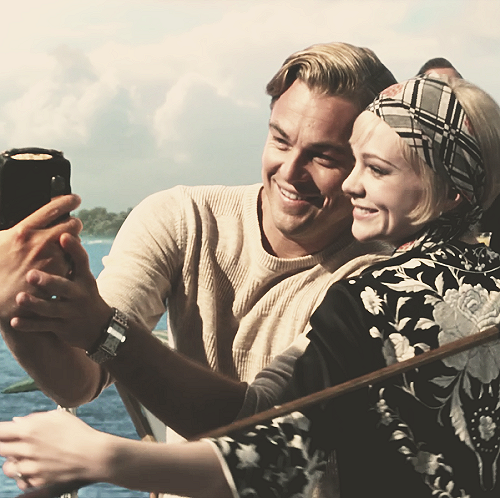 All images Courtesy of Google