Tori, my good friend of thirteen years, had a beautiful baby girl yesterday and I had the honor of sitting with her and her teeny new born this morning.  This is her third child, and had her daughter at home in a warm pool of water with a midwife at her side.  Her oldest son, who is four-and-a-half, was present at the birth.  It was not planned that way, but it was natural and comfortable and the whole experience sounded very intimate and beautiful.  As I curled up on the sofa next to my friend and her yet unnamed baby, I was watching her two sons, who were never far from sight.  The oldest refers to the baby as ‘his baby’, the middle, who was sick with the flu the night the baby was born, is not so sure about this whole baby thing.  The midwife arrived for a check up, so I removed myself to give Tori a touch of privacy.  Standing in the hallway with her husband Kris, we discuss how they plan to cope with their sons coping with their new edition.  While the oldest is lavishing in his role, it is their middle that will need lots of extra love and attention.  Also, the fact that he was so terribly sick on the night of her birth, can’t help this little toddler’s mood.

This reminds me of my brother Matthew‘s birth.  Firstly, this was 26 years ago and there wasn’t the technology to ascertain the gender in utero.   I hoped for a baby sister, and wanted to name her Angelica.  Lord knows how that name got in my head, but my mother watched “Days of Our Lives” and “Another World” and if I had wanted a brother I would have wanted to name him ‘Flint’ or ‘Patch”.  I was in Kindergarten at the time and all I remember was coming out of class and seeing my Nana smoking a cigarette and waiting for me.  It was then I knew.  My baby sister had arrived.  “Your mom is doing well, you’ve got a little brother”.  Imagine air being let out of a helium balloon.  The image of my glamorous baby sister was blown away.  Deflated, I followed her to the car to be taken to the hospital.  My spirits were almost immediately lifted.  Everybody loves babies, and I was no exception.  But besides my new brother, which I was still on the fence about, someone had brought my mother a box of fruit gelled candies, which I proceeded to devour.  Pineapple! Cherry! Grape! All the sugar coated flavors that I would be barfing up late into the night.  While my mother and new brother slept at the hospital, I was barfing in my bed, I was barfing in my older brother’s bed, and for my grand finale, I barfed in my parent’s bed.  My poor father made a make shift bed of what remained of clean blankets on the living room floor.  Delirious and nauseous, my nose running down my face and tasting like citrus, there was a part of me that blamed this whole baby thing on my illness.  My father turned on the television, a twelve-inch box with a dial in which to explore the ten available channels.  He went back to bed, and left me alone in the glow of the screen light.  All I remember from the film was was political intrigue, helicopters, and someone double crossing someone, and their hands getting chopped off in the bathroom.  A bit of sour to follow all those sweets.

When my mother announced a year later that she would be having another baby, it was then that I realized how babies were made.  Both times my parents sat us down at the kitchen table to ask us how we felt about a new baby.  We agreed that that sounded like a fine idea, and so, some months later a baby arrived.  If it was discussed at the kitchen table you could make a pregnancy happen right then and there.  Of course, it was a few years after when my mother presented me with a book called “So That’s How I was Born!”. 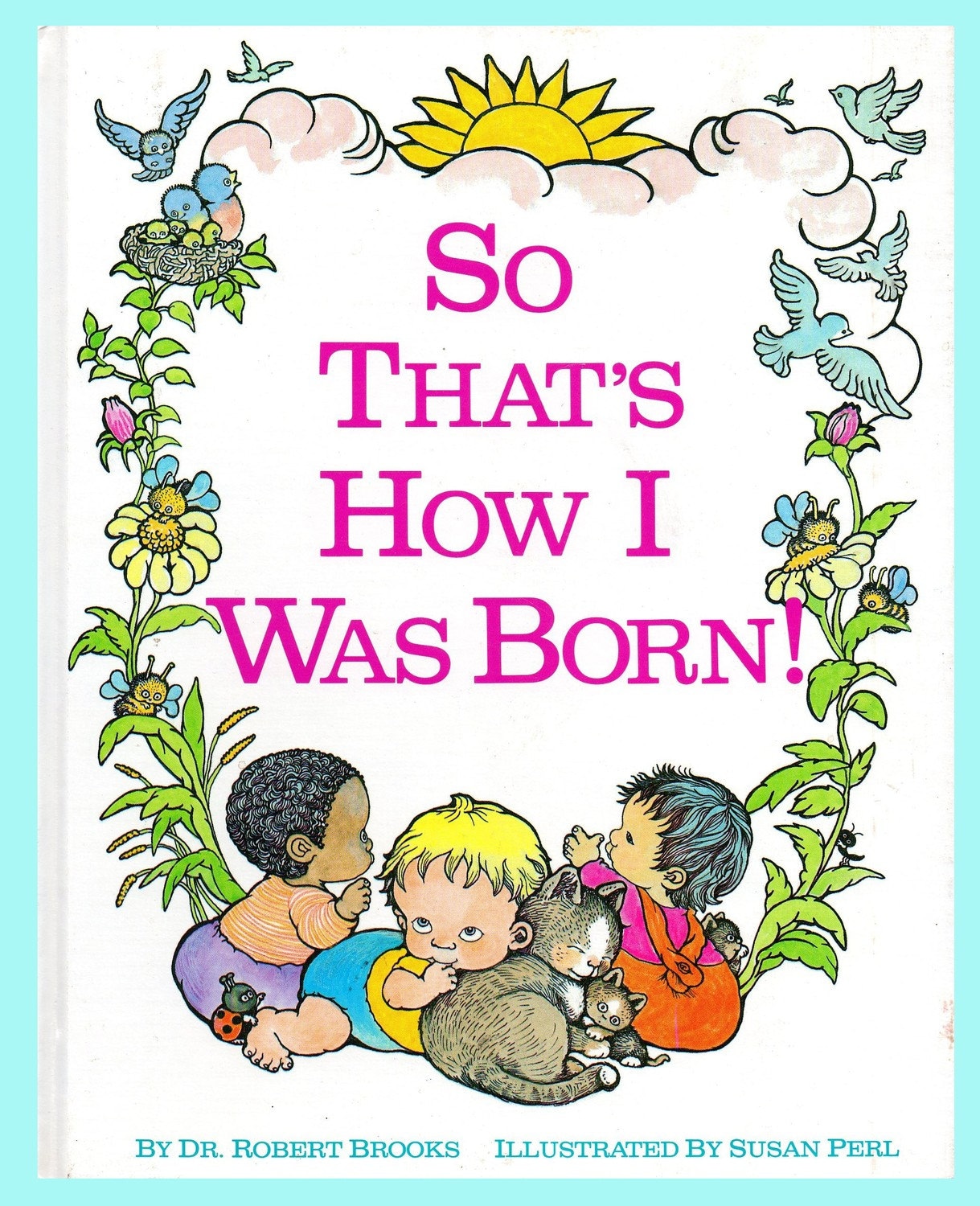 I read it, absorbed the information and after the last page, I closed the book and started to cry.  “There has to be another way!” I wailed.  This was traumatizing, surely by the time I grew up and got married, that science would have figured something out.  Of course this book gives an animated, non-threatening version of the whole pregnancy and birth concept, and now that I know better, I still feel like that scared little kid.

Now in my early thirties, and one of the few childless women in my age group, I have heard the stories, I was even present through a close friend’s labor before she was rushed off for an emergency C-section.  There has to be an easier way, why does it have to be so arduous, so gory? Truth is, it sounds like there is no pretty way to get that little one out, and then once its there, everyone around has to adjust to the change.  But, when you hold that sweet little baby in your arms, with its teeny fingers and toes, its tiny mouth stretching out into a yawn, it must be worth the trial of labor.  Though one day I’ll happily accept motherhood as my new role in life, today I relish in being an auntie, an outside observer of how a family is created.